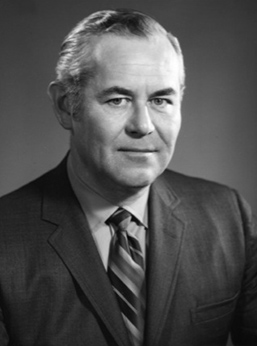 Raymond Gosselin was a pioneer in developing marketing research measurements for the prescription pharmaceutical industry, the information which would become crucial for marketers in the creation and refinement of their marketing strategies. During his time in the industry, he was also an educator and editor, guiding the careers of countless students and passing on valuable information to pharmacists nationwide.

In the late 1950s, Ray started his own firm in Boston (R.A. Gosselin and Company) and established the National Prescription Audit (NPA), which was the first measure of prescription activity in the pharmaceutical industry. The National Prescription Audit was based on a sample of retail pharmacies across the country, and proved to be remarkably accurate and useful in the development of marketing plans for prescription drug products. Prior to the National Prescription Audit, estimates as to how an individual product was progressing in terms of sales, prescription count, and market share was nothing more than a guess at best. The “Audit” was purchased by pharmaceutical companies, advertising agencies, and investment firms where it became an integral part of their operations. The NPA opened the door for all succeeding audits which today are a multi-million dollar industry unto themselves. In the early 1970s, Ray’s firm introduced the Audatrex audit. This audit came from a panel of physicians who provided a copy of each prescription written (without the patient’s name). The data from this audit were used to study drug penetration, physician prescribing persistence, and market share development. Prior to Audatrex, these important marketing facts were subject to speculation, rather than reliable measurement. Audatrex took marketing intelligence to a higher level, providing in-depth information never before available.

Ray Gosselin’s other activities were numerous and distinguished as well. Ray was graduated from the Massachusetts College of Pharmacy (MCP) in 1943 and entered the Navy. He was a gunnery officer and commander of amphibious assault ships and was awarded both the Purple Heart and Silver Star. Ray started as an instructor at the Massachusetts College of Pharmacy (MCP) prior to starting his own firm. After selling his firm to IMS, he rejoined MCP as president and served from 1972 to 1987. His presidency was the longest in the 176-year history of the College. During his term in office, he led the expansion of the institution’s charter by the state legislature and transformed it into the Massachusetts College of Pharmacy and Allied Health Sciences. During this same time, he registered perhaps one of his proudest achievements, earning a doctorate in Pharmacy from the University of South Carolina in 1973.

After retiring from the Massachusetts College of Pharmacy, Ray continued in his role as an educator. From 1987 to 1993 he was the editor and publisher of Pharmacy Times, one of the leading publications in its field.

Throughout his long and varied career, Raymond Gosselin made his mark as an exceptional individual whose contributions influenced and advanced the field of medical advertising.