John F. Swift Inducted 2004AgencyAccount Management Medical advertising has evolved from the independent agencies of the ’50s and ’60s to the present era of corporate ownership. Most large agencies are now part of advertising/communications conglomerates like Omnicom, McCann, WPP, and Publicis. John Swift moved with the times, learning the business at the independent agencies—helping to […] Jerry Philips Inducted 2004AgencyCreative As a teenager, Jerry Philips, showed artistic talent as a cartoonist. However, influenced by his family, his college education was in biology at NYU, where he earned a BS. In the army during WWII, he had a chance to develop his cartooning and eventually he turned to a career in art, […]

Morgan Cline Inducted 2004AgencyAccount Management It is not unusual for people who have made their marks in the world at large to leave their pasts behind. Morgan E. Cline has done just the opposite. He has turned his attention to his boyhood home—the farming community of Centerville, Iowa—with affectionate generosity to “revive the spirit of […] 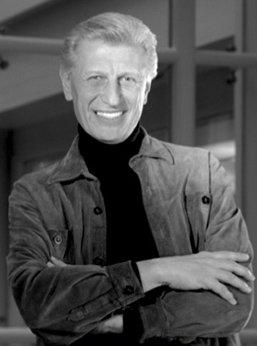 Lester Barnett Inducted 2004AgencyCreative Lester Barnett defies categorization within the domains of medical advertising—creative, account service, strategic/media planner, and entrepreneur. His career displayed capabilities in all these agency disciplines. In a word, Barnett’s creative talents, marketing instincts, cultural interests, and his incomparable personality made him one of a kind. His work represents the power of […]